How to Crush a Raffle Ticket Sale with Pro Sales Techniques 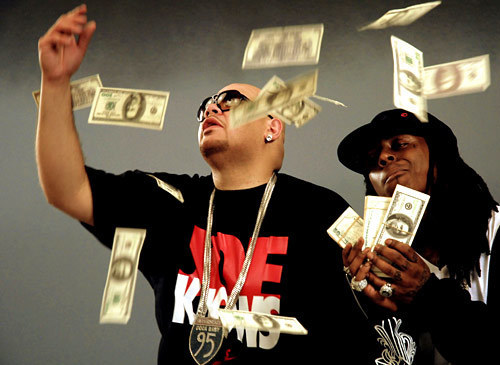 “Wait, are those raffle tickets?”

For the second time in recent memory I was able to help volunteers with no sales experience apply professional sales techniques to transform their raffle ticket sales outcomes. I was fascinated at how easy it was, so wanted to share. Also, the techniques are more broadly applicable than just raffle tickets, but the context is a fun example.

Some background: Last night Tracy took us to SOMArts’ open house down in, you guessed it, SOMA.

I’d walked by there a bunch of times but never really realized what was going on inside, and if you have the chance, you should go by.

The event was a fundraiser, and we had paid for tickets to get us in early, but there were other parts of the fundraising as well, namely, a raffle ticket sale.

As is usually the case, the volunteers were more about arts than sales. This is the common case in pretty much any charitable organization situation. They were positioned well, in a entryway where anyone who wanted to go into the main exhibits had to cross. So that was good. As we walked in, they kind of bashfully, mumbled something about tickets, so I asked them what they were talking about, and it turned out it was raffle tickets, and they started talking about the prizes, and so on. I asked them about cost, a they gave me a Chinese menu of pricing options for various buckets of tickets. So it was clear there was work to be done here because these folks could be getting a lot more out of their raffle sale with just a little tweaking.

The situation reminded me of a fundraiser that I had been to for a friend’s colleague who was raising money to replace lost wages due to his cancer treatment.

There had been all these fantastic donations provided for the raffle prizes, but the distribution of the raffle tickets was lacking. This is usually a pretty common case. The mistaken belief is that with enough neat prizes, people will just find their way to you, and buy tickets. While great prizes are a good start, you need distribution.

In this case, first, they were mentioning them at the front door, but not with any heft. Second, once people got upstairs to the bar, there was really no chokepoint, and the raffle ticket “booth” was in the back corner.

At the time (this was mid 2013) I was starting to be fascinated by the application of enterprise sales techniques to everyday life, so I decided that I would try that this time.

First, I would be “outbound.” That is, instead of waiting for folks to come to the corner where the raffle ticket sales were, I would take a bunch of them in my hands, and go from group to group, “selling them.”

Second, I would presumptively close to raise conversions. That is, in sales, if you approach the conversation with the mindset and also phrasing that the prospect is going to buy, and that it’s just a question of when, it “flips the default” in the conversation, and removes - at least for prospects who don’t think about it - the consideration that they might ever not buy. In this case, rather than saying “Would you like some raffle tickets”, it just took the itty bitty change of phrase to be “Did you get your raffle tickets yet?” to dramatically change the outcome.

Now, instead of considering whether or not they even wanted to get raffle tickets, our conversation was starting one step further down the conversion funnel. Moreover, this was, indeed, a fundraiser, so why the hell not trade on that fact by positioning it as an expectation (in front of a group of people, no less) that they ought buy. Now, in order to not buy, they’d have to walk it back in front of a bunch of others, in direct cognitive opposition to the very fact they were at a fundraiser.

So you can imagine that this had a great impact on conversions.

Thirdly, and lastly, I used pricing guidance to enlarge deal sizes. Naturally someone would ask “How much are the tickets?” Initially, I was saying, “Well, it’s 1 for $5, 3 for $12, and 6 for $20”, which allowed an individual to consider the 1 for $5 option. I quickly realized that this was too damn complicated, and I was relying on them to recognize the value of buying more in the form of a cheaper per ticket price in order to “supersize” their order.

Making a prospect do math is stupid. One, why make it hard on them? Two, they may do it wrong. Pricing guidance is something that sales professionals will do all the time, by gathering information at the beginning of a conversation that can help with guiding the pricing later. For instance, if at the beginning of our conversation, I know that you have 10 recruiters in house, and four of them do technical recruiting, I’m going to position our conversation, and the pricing, to get all four of those tech recruiters TalentBin seats, by presenting only that as an option, first. Only if you demur on that option, will we investigate others, which will be priced to drive you back to that first option, anyway.

In the land of raffle tickets, same approach applies. First, consider the prospect. They came to this event, again, under the auspices of a fundraiser. They know why they’re here. Second, they probably hit an ATM on the way over, and picked up a number of 20 dollar bills. Third, they’re drinking, and want to get back to their conversation, so requiring them to do math or making change is just a pain in the ass. Just present the $20 option.

So the answer quickly became “They’re 6 for $20.” And boom, 80% of the conversations didn’t go beyond that. “Oh, ok, here’s a twenty.” By pruning off the other, less desirable options, a bunch of people who would have done $5 or $10 did $20 for the sake of simplicity. Suggestive pricing for the win.

The outcome was something like $500 in raffle ticket sales in like a 90 minute period. I was so stoked, and taken aback how such a small tweak could have such a big outcome.

Back to SOMArts, I didn’t think I could train the folks on being outbound, and plus, they were in an awesome chokepoint, so instead, I thought to myself, “Let’s see if we can get these guys going, too.” So I explained to them about changing their initial pitch to a presumptive close “Did you get your raffle tickets yet?”, and then when people asked about pricing, to deploy the $20 one first, and then pause to see if they accept. I explained the rationale behind it, and they all understood. The three young girls who were volunteers were initially skeptical of this dude making random sales suggestions, and it was very clear that they were arts people and not sales people, but I asked them to just do me a favor and albeit uncomfortable, to do the experiment on the next 10 people who came in the door, and I would check back.

Sure enough, when I came back, I asked how it was going, and they were all smiles and laughter about how easy it was, and how much different the outcomes were from their initial approach. They were now crushing it, and probably getting 4x the revenue per person who walked through the door as a result of raised conversions due to presumptive closing, and raised deal size due to suggestive pricing.

So those little sales mods probably did SOMArts a helluva lot more good than the $50 in admissions and $20 in raffle tickets that Tracy and I dropped initially.

When you’re running a startup, you learn a ton of, mostly painful, lessons. For good or for bad, there’s often an impetus to share them. Maybe it’s because misery loves company, or a philanthropic drive to help others not walk into the... Continue →